936 Zenith C5 Special
Frame #13153
Engine #KoC/Z47952/S
Of all the lost British marques which deserve remembrance for their place in history, perhaps Zenith is the most underservedly forgotten of all.  Under the guidance of Freddie Barnes, Zenith motorcycles dominated racing at Brooklands in the 1920s, winning more Gold Stars for 100+mph laps around that track than any other make, and establishing a legend for speed, and holding the absolute World Speed Record twice, with the same machine.  The supercharged Zenith-JAP ultimately broke the 150mph barrier for the first time in Cork, Ireland, in 1930, although as the Zenith company was at that moment in the hands of the government Receiver, the glory was stolen when OEC falsely claimed the record!  An inglorious end to a terrific career.
The Depression dealt Zenith a mighty blow, and put paid first to racing, then production altogether, until a revived group began producing more modest bikes later in 1930, all using JAP engines.  Small-capacity single-cylinder bikes gradually were joined by larger singles and 750cc v-twins, and the factory even made a foray to the Isle of Man in 1935, using a high-cam JAP racing single cylinder 500cc engine.  This engine, with a fully recirculating oil pump and chain-driven camshaft set high in the timing chest, forms the basis of the C5 model here.  The timing chain is tensioned by a Weller blade, and the top end has fully enclosed valve gear.  The four-speed gearbox is a Burman, the forks are Druid girders, and the wheels are Enfield items with 7” diameter brakes.  The original sale price was £65.   This is the only known example of the C5 Special. 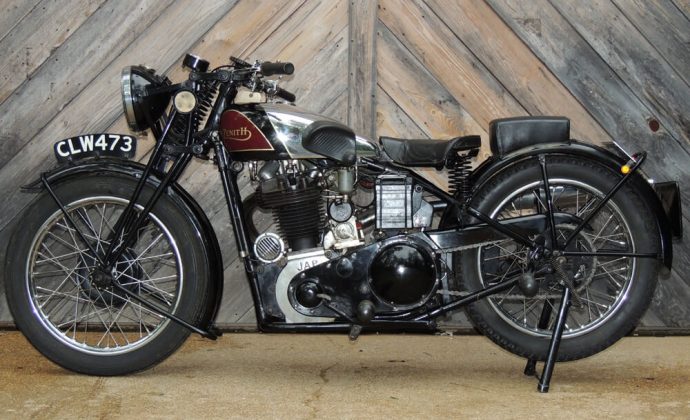 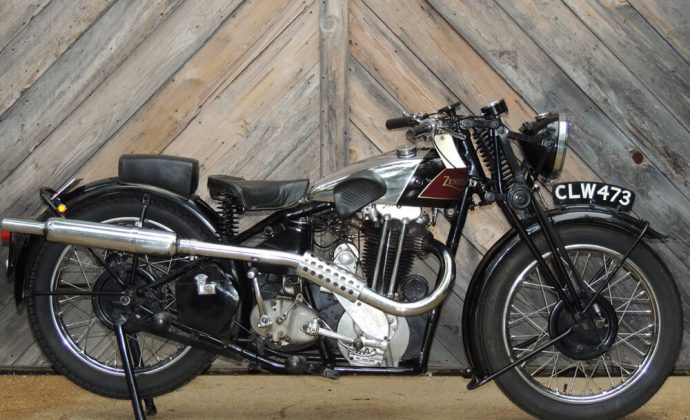 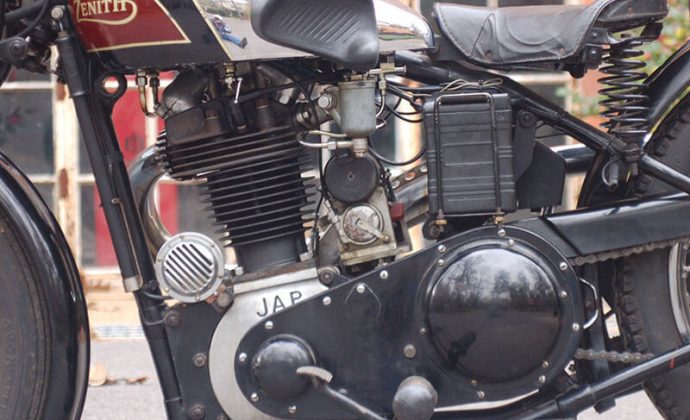 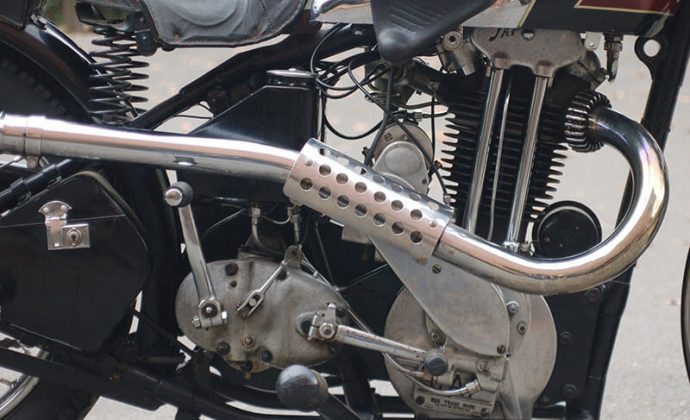 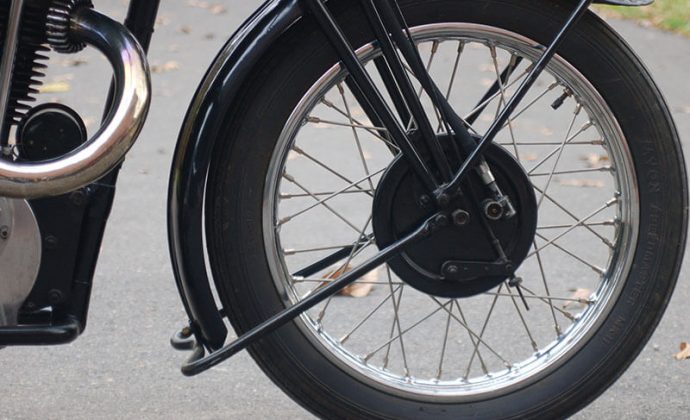 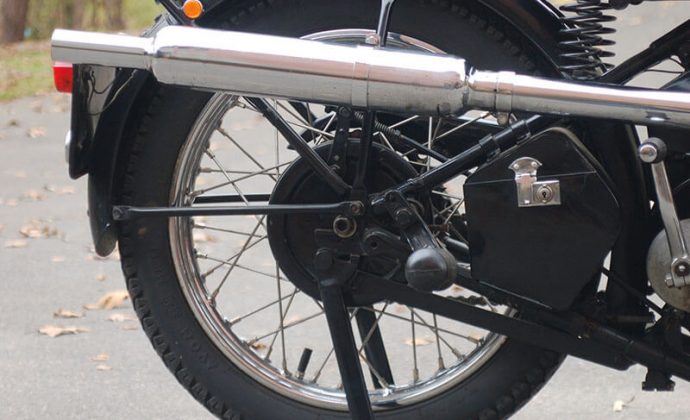